The first reaction came from the Northern Territory police who had already made emergency preparations at Darwin police stations. 150 people were taken to shelter at the police station in this first wave of damage, but they then needed to turn schools into shelters, because so many people had lost their homes. When many more ended up sheltering at the schools, police organised other people to help with cooking, medical help, logistics of hygiene, collecting clothing and bedding donations, etc. 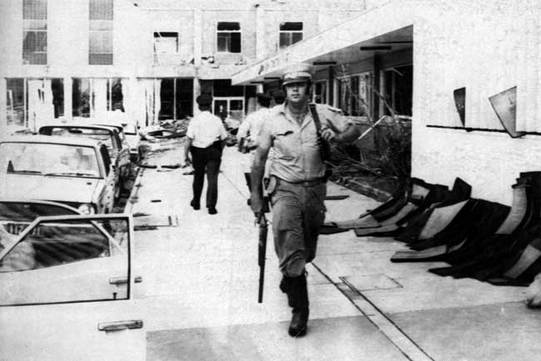 Late on Christmas night major-general Stretton, director of the National Disasters Organisation, arrived at Darwin to manage evacuations, with a group of surgeons and nurses. The army also came to assist. There were unpleasant tasks such as searching for bodies, cleaning out refrigerators which were filled with rotting food, and having to shoot packs of starving dogs that posted a threat to the survivors. The Army and Navy were brought in to deal with these hazardous clean-up situations. From 25 December, the Federal Department of Housing and Construction (in Melbourne) asked officers to begin clearing debris and restore power and communications. Electrical contractor crews cleared fallen power lines organised portable generators wherever available. The officers also worked to repair and restore water pumps and pipelines to get water and sewerage systems working again. Where houses were still intact, tarpaulins were placed over damaged roofs. 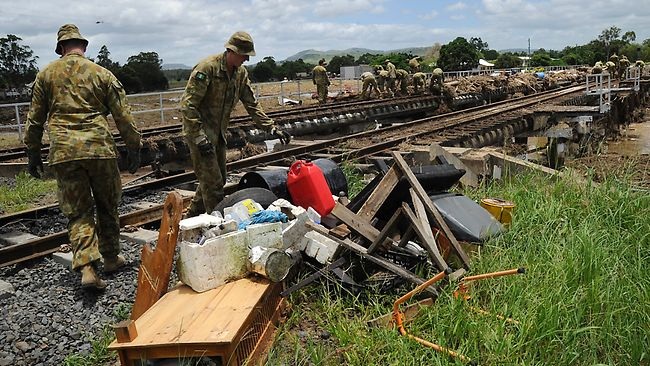 Beginning from 27 December, hundreds more police from interstate began to come to help out. Emergency supplies and equipment were brought to Darwin from other cities. Equipment included generators and emergency shelter. The RAAF (Royal Australia Air Force) transport fleet helped bring in supplies to Darwin and evacuate over 9,500 people to southern centres. 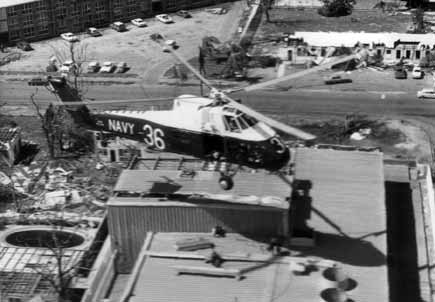